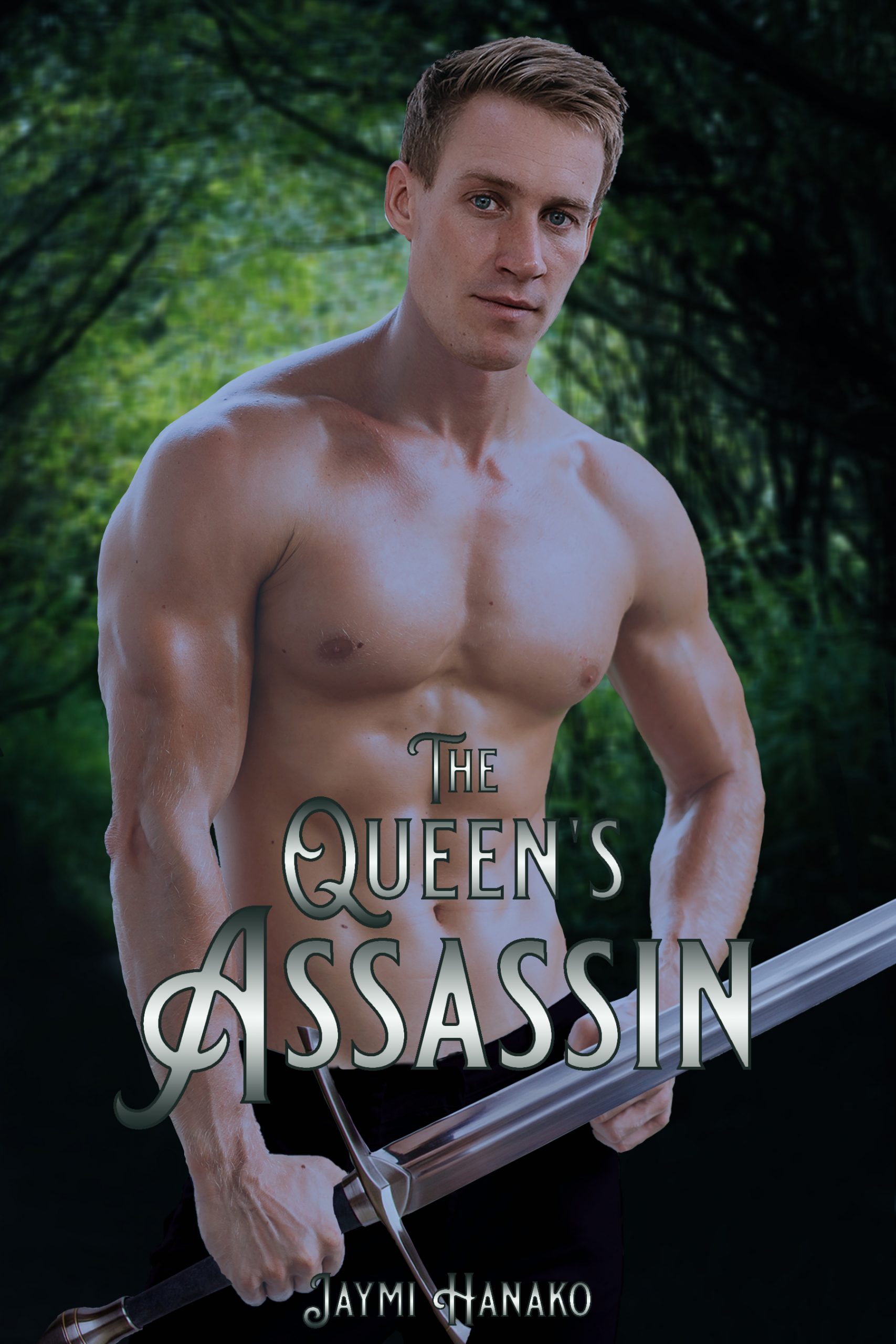 Killing was his life. Then he met the one woman he could not destroy…

It was supposed to be an easy job. Get in, assassinate the queen, and get out. Things didn’t go as planned and now Madoc is chained in the royal dungeon, fighting his unwelcome attraction to the woman who defeated him: the queen’s bodyguard, Raine. When she interrogates him, he propositions her: He’ll tell her what he knows if she’ll spend one night of passion with him.

Deception and deceit have kept her alive. Yet one man tempts her to lower her guard…

Raine isn’t just a bodyguard, she’s the queen hiding behind an enchanted disguise. Turmoil over the succession has threatened her country for years. Her priorities should be to find herself a proper consort and ensure the continuation of her line. She shouldn’t be charmed by a deadly assassin with a sharp tongue and a sharper wit, no matter how her body burns for his…

One night will never be enough for either of them, but the shadowy conspiracy that looms over Raine’s throne hasn’t ended. She’ll need magic—and all the power of her unlikely connection with her would-be killer—to keep what is hers.

(Author’s Note: This book was previously published. It has been lightly revised and updated from the last version.)

Raine jerked her elbow back, slamming it into his side. His sharp cry confirmed impact and gave her a better idea of his location.

She snapped her head back. Another impact: the top of her head against something hard and bony. She rolled away. Found her sword and scrambled to her feet.

Turned to look at the assassin. He was trying to stand, though he didn’t look completely steady. She’d managed to stun him a little.

But not enough. He lunged.

Raine jumped back, and again steel met steel. Instead of the quick attacks of earlier, he swung more force into each blow. Trying to beat her by strength rather than speed.

She was outmatched either way. There was no one to help her. Her body double was most likely dead or unconscious. There was no indication that the servants had returned from chasing after the runaway horses. Raine had taken the risk of traveling with only the domestic workers and not any additional guards, to keep her party as small and inconspicuous as possible and avoid the notice of both bandits and political enemies. Until tonight, the gamble had seemed to work.

She had only one option left: magic.

Raine had been forced to abandon her training in those arts more than six years ago due to family obligations and had forgotten much of what she’d learned. But she did remember one of the most basic skills. The first lesson taught to her all those years ago.

She retreated slightly, opening up the space between her and her attacker. She pointed her sword at the assassin to keep his focus on her weapon as she raised her other hand, facing her palm in his direction. Sweat beaded on Raine’s brow as she concentrated her power. “Don’t move.”

He froze midstep. Then slowly toppled forward, landing face-first near her feet.

She scaled the magic back. His fingers unlocked just enough to let her pry the hilt out of his grasp. She tossed his weapon aside.

Raine turned in the direction of the voice. Senka, Raine’s double, stood beside her bed. Watching them.

It was about time. Senka looked bright, alert, and perfectly healthy. There was no reason she should not have been able to come to Raine’s aid earlier. It was almost as if she’d wanted the assassins to succeed.

No. This attack had clearly rattled Raine and made her paranoid. Her bodyguard had served her loyally for years, and this was the first failure. Still, there were many questions she intended to ask when they no longer had an audience.

Three servants rushed into the tent. “Your Majesty! Someone deliberately loosed the horses.”

Raine waited for Senka to say something appropriate to her role, but the other woman remained silent. Raine sighed. “These two wanted to create a distraction, I assume. I can’t hold him like this for long. Someone get me something to tie him with.”

One of the servants hurried out, returning in short order with a length of sturdy rope. Raine eased the spell a fraction more so she could pull the assassin’s muscular arms behind his back. She secured his wrists with the cord, then began doing the same to his ankles. “Start breaking down the camp. We need to get the queen back to the palace as soon as possible,” Raine told them.

Senka finally started to say something, her expression sullen and resentful, but she did stop at Raine’s sharp look. The other woman needed to be more careful. She could reveal their secret to the servants and the assassin with a careless look or word. “It will be safer for her there. And someone needs to get rid of the body.”

The servants leaped into action. As soon as they were gone, Senka nodded toward the bound man. “You’re not going to kill him?”

“Not yet.” Raine wanted answers.

She withdrew the last of her magic, and the mercenary let out a long, drawn-out groan. He began to twist and turn, fighting his bonds.

She let the tip of her sword graze the side of his neck. “Don’t bother. It won’t do you any good.”

He snorted. “An empty threat. You said you’re not killing me.”
“Yet. I’m not killing you yet. Either way, you don’t need this now.” Raine tugged the hood and mask off in one swift motion. As he turned to look at her, the candlelight fully illuminated his face, and she drew in a sharp breath.

Assassins weren’t supposed to look like this. He was quite striking, with dark blond hair and green eyes—unusual for a man from the northern steppes. His features were strong and perfectly sculpted, except for a small break in the otherwise straight line of his nose.

His eyes shone with far more amusement than the moment merited, and he showed off a set of straight white teeth in a rakish grin. “Well? Like what you see?”

Yes. Unfortunately. Raine straightened and met his smirk with a hard glare. “Don’t flatter yourself.” She struck him with the hilt of her sword across his temple, knocking him unconscious.

Senka made a small, disapproving sound. “You should have killed him.”