Posted by Jaymi Hanako in Uncategorized on September 30, 2019

My newest fantasy romance is now available for pre-order and will release on October 8, 2019! “The Crane Wife” is the story of Kenta, who saves the life of a crane he finds trapped in a snare on a frozen pond. Shortly after this, a mysterious woman appears at his home. Beautiful Yukiko insists on becoming his wife, and though he knows he can’t afford to marry, he also cannot resist the temptation to claim her as his own. It isn’t long before he finds himself falling in love with the strange young woman, even though she refuses to share any information about her past.

Yukiko has good reason to keep her secrets. If Kenta ever discovers the truth about her identity, it could destroy their chance at happiness and force them apart forever… 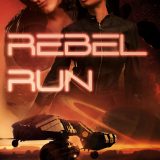